Action1 Leveraged SMS on CCAI to Enhance Their Sales Process

The sales team at Action1 handles up to 500 leads at once, making communication difficult to manage. Cloud Contact AI enables Action1’s sales team to easily manage and track conversions via an intuitive web interface that includes real-time bi-directional text messaging and contact groups for simple and effective lead management. 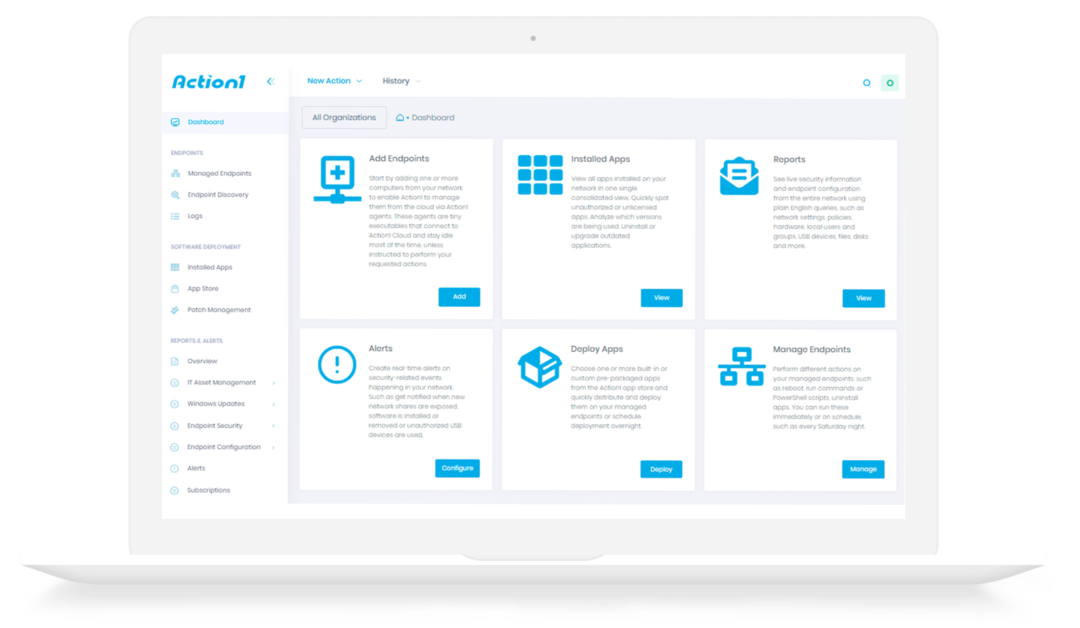 Action1 was using email to reach their customers but was having a difficult time getting the response rates they were seeking.

Action1 had a transformative year in 2020, with businesses accelerating their online operations. However, as traffic to their remote monitoring and management platform increased, Action1 needed a way to manage their customer interactions on a channel that their users used because email was not providing sufficient response rates.

Action1 discovered Cloud Contact and streamlined their sales funnel. As a result, they received higher-than-expected response rates, which blew up their sales cycle and forced them to upgrade their CRM plans to match the volume they received from their SMS campaigns.

How SMS enabled Action1 to stay more connected with their customers

After sending their first campaign and comparing results with email, Action1 knew they found a solution that worked for them. So action1 quickly rolled out SMS to the remainder of their sales team and established it as their primary customer communication channel.

With CCAI’s real-time inbox and contact groups, Action1 could easily track conversations and assign specific contacts to individual sales staff – something they had sought but never found. Furthermore, Action1 used autoresponders, which allowed them to add an automated, hands-free approach to their sales process, further improving customer communication.

“I needed a solution to quickly reach leads and close deals. Cloud Contact AI was easy to integrate into our existing sales process and helped us close more deals than ever before.”

There are numerous reasons why CCAI was the best option for Action1, including:

Managing 100s to 1000s of leads is difficult if you do not have a scalable platform. Cloud Contact AI provides contact groups to Action1’s sales team, efficiently delegating and tracking leads.

Many SMS platforms only support one-time SMS campaigns and do not allow you to respond to incoming texts. Cloud Contact AI enables two-way communication, helping Action1’s sales team to respond to leads in real-time without missing a beat.

Cloud Contact AI helped Action1 enhance its sales process with personalized and direct messaging; however, CCAI is not just a sales tool.

Discover how Cloud Contact AI can transform your organization inside and out with the most direct communication channel.

“SMS on CCAI has become an integral part of our operations. As we grow, we plan to introduce SMS to further streamline our communications.”

Try SMS for free on CCAI